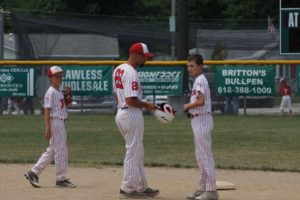 Phil Britton
618-388-1000
Owner/Instructor
Phil is a graduate of East Richland High School in Olney, IL.  Playing under Newburgh, IN native Andy Julian, Britton lettered 3 of his 4 years at East Richland High school, setting a single season home run record his senior year with 12. After graduating in 2003, Britton attended Olney Central Community College as a catcher under NJCAA Hall Of Fame coach Dennis Conley where he led all of NJCAA in RBI’s with 89.  Was 29th with a batting average of .426 and 10th in homeruns with 15. Britton was drafted by the Atlanta Braves in the 36th round in 2004, was named GRAC freshman of the year, and earned Second team NJCAA All-America honors. Following his 2004 freshman season, in the fall of ‘04, Britton signed a national letter of intent to play at the University of Kentucky. Britton finished his sophomore year at OCC 30th in NJCAA in batting average hitting .430 and 50th in homeruns with 10, earning First Team NJCAA honors. All- Region 24 team honors and All-Region tournament team honors followed both 2004 and 2005 seasons. After completing two years of JUCO baseball at Olney Central College, Britton elected to decline the offer the play at the University of Kentucky, and join the Atlanta Braves Organization.  Phil was a member of the Atlanta Braves organization from 2005 -2009, playing in the Gulf coast league(R), Appalachian league (short season A), South Atlantic League (-A), Hawaii Winter Baseball League (Major league Prospects league), Carolina League (+A), Grapefruit League (MLB) Southern League (AA) Eastern League (AA) International League (AAA) with the majority of his time being spent at the AA level.  In 2010, he spent the year with the Baltimore Orioles organization where he played at the A, AA, and AAA levels.  2011 was his last year playing professional baseball, spending the first half of the season playing in the American Association with the Fargo-Moorhead Red hawks, and finishing his career with Manager Andy McCauley and the Evansville Otters of the Frontier League.  Following his playing career, Phil began coaching with the 2016 Frontier League Champion Evansville Otters, and in 2012 opened Britton’s Bullpen Inc., a baseball/softball training facility in his hometown of Olney, IL. Britton’s Bullpen is the indoor training facility to the OCC Baseball and Softball teams, as well as local youth baseball and softball teams. Phil now focuses on instructing baseball and softball, and manages youth baseball traveling teams, working to help amateur players and parents not only showcase their ability, but also help them understand the processes of what it takes to advance in the game. 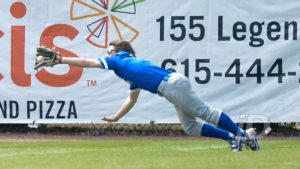 Josh Wetzel
618-645-1679
Instructor
Hitting/fielding/baserunning
Josh Wetzel is a 2017 graduate of Brescia University.  He graduated with a bachelors degree in accounting while playing four years for the Bearcats.  Josh was a utility player, playing 2nd base, shortstop, 3rd base, right and left field.  Josh specialized in base running while playing for the Bearcats.  Josh was also a 2016 Ohio Valley League All-Star.  Before Brescia, Josh graduated from Massac County High school in Metropolis, IL.  He was a two time all conference award winner and his Senior year, he was nominated to the SIBCA All-South team.  Since graduating, Josh spent 8 months away from the game of baseball and has decided to give instruction at Britton’s Bullpen for love for the game and to help young athletes with their dreams of playing at the next level. 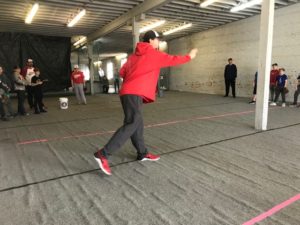 Conner Porter
812-550-0100Instructor
Baseball: Pitching/Baseball Fundamentals
Conner Porter brings his knowledge and experience straight from professional baseball. Conner pitched for 3 professional baseball Organizations including the Washington Nationals Of Major League Baseball. Porter also coached for the Memphis Tigers Division I NCAA baseball team. He played his collegiate baseball at Olney Central College and the University of Memphis, Porter also pitched in the Great lakes and Coastal Plains Collegiate Summer Leagues. Conner grew up in Newburgh, IN and was a Part of the Castle Knights Baseball Teams as well as a Two Time State Champion for the Newburgh Post 44 Legion Team. Coach Porter also has a Bachelors Degree in Health and Human Performance and is currently one of the Exercise Scientist on staff at Toyota Indiana. Conner’s education in biomechanics and arm care is extremely valuable to young pitchers in the area.